Your First Python Script in Grasshopper

This manual is for Grasshopper users who would like to create their own custom scripts using Grasshopper for Rhino.

Scripting components works as an integrated part of GH. They can get input and produce output from and to other standard GH components. They can be used to create specialized functionality that opens up tremendous potential beyond the standard components.

Grasshopper supports multiple .NET scripting languages such as VB and C# to help develop custom code. There is also the Python component. Python supports multiple programming paradigms, often used as a scripting language, but is also used in a wide range of advanced programming contexts. The Rhino.Python website directory is a great place to get more information about Python in Rhino in general. 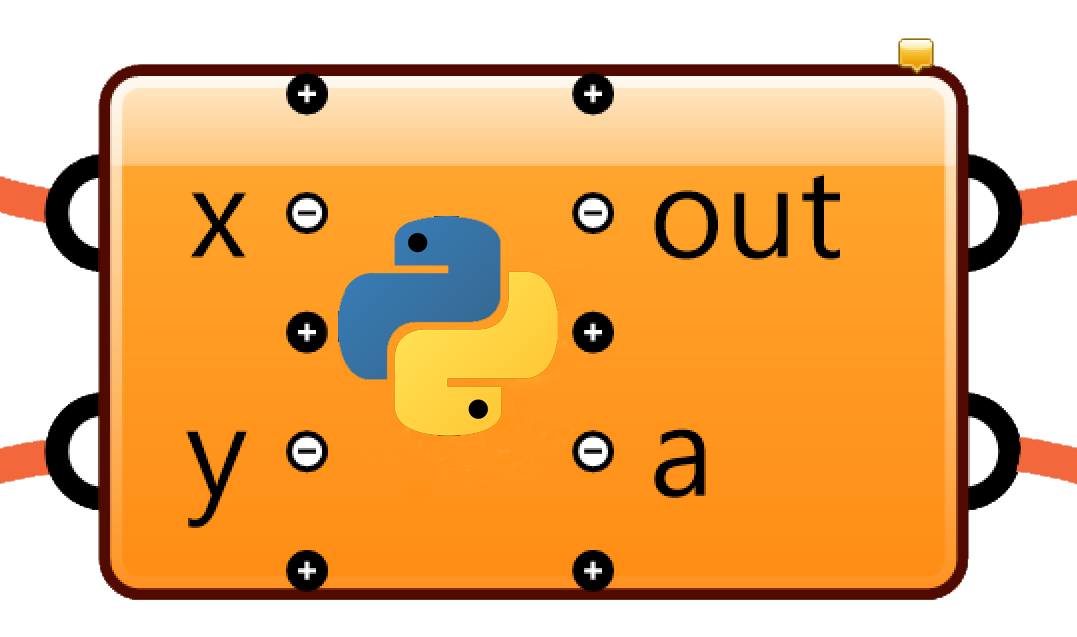 Rhino allows access to its algorithms through the Rhino SDK (software development kit). Rhino is written in C++ but it also provides a couple SDKs for scripting and programming languages. The most basic SDK for Python is RhinoScriptSyntax. For more direct access to Rhino functions, more experienced programmers may choose to use the RhinoCommon SDK. There is extensive documentation about RhinoScriptSyntax and Python on the Developer site. For more details about RhinoCommon, please refer to the McNeel RhinoCommon Developer site.

Where to find the script components

To add the Python script component to the canvas, drag and drop the component from the “Script” panel under the “Maths” tab. The component first shows orange indicating a warning. This is because there is no code typed yet inside it. If you click on the bubble at the top-right corner, you can see what the warning is.

The default script component has two inputs and two outputs. The user can change the names of input and output, the data type and data structure of the input and also add more inputs and outputs parameters or remove them. 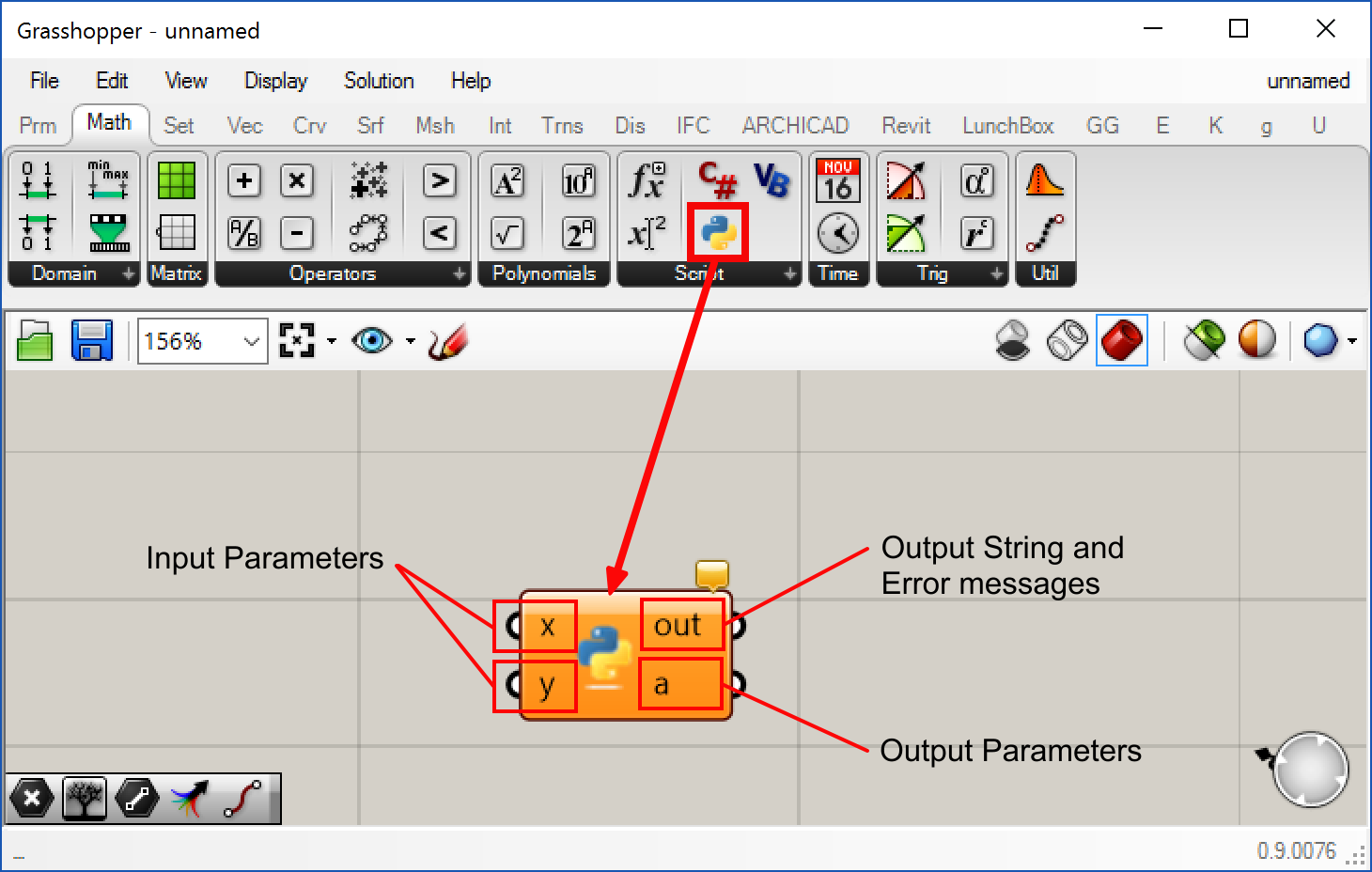 Let’s start with the classic “Hello World!” example for our first script. 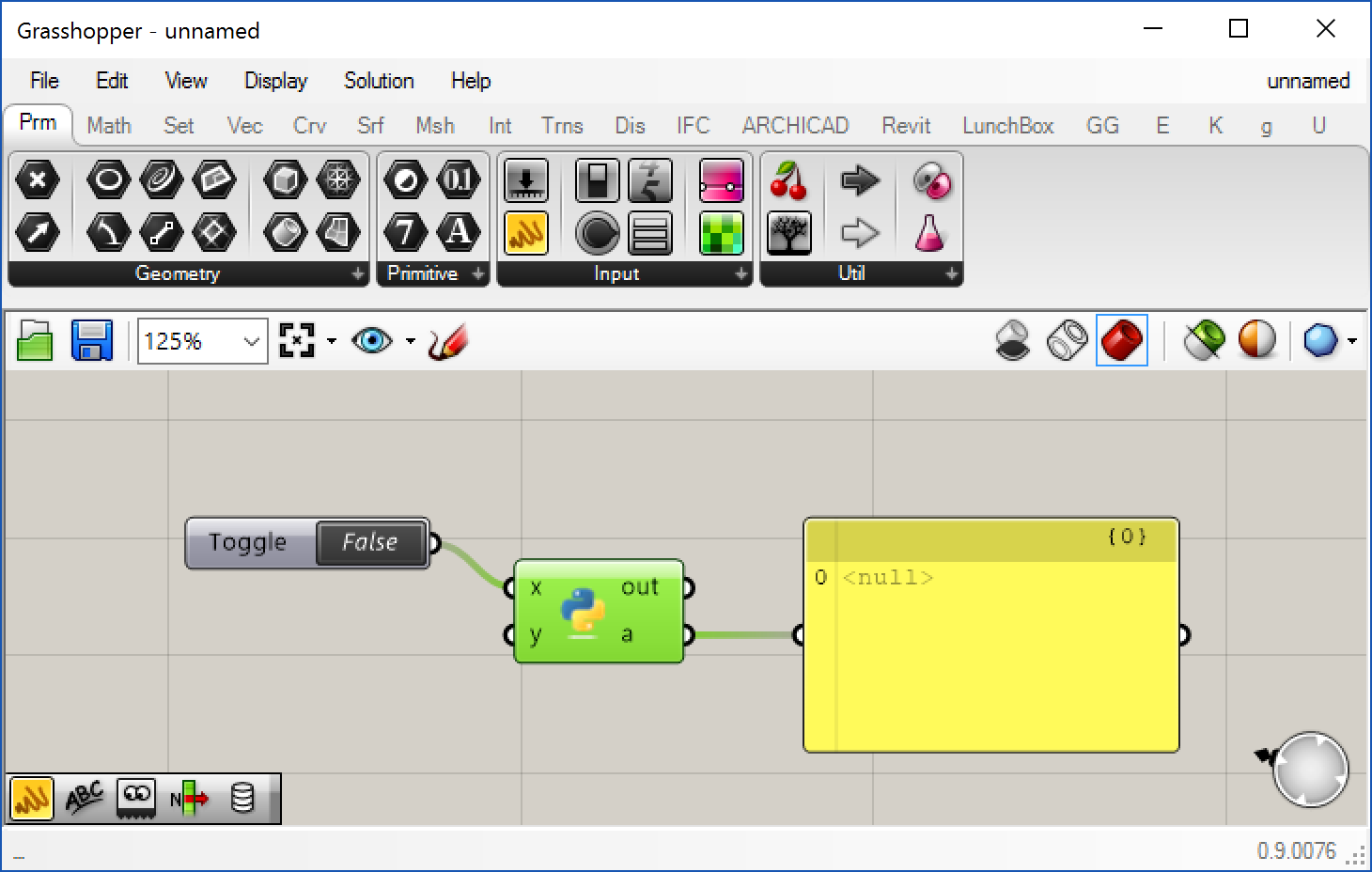 The “Hello World!” script will check for a TRUE in x to display the Hello World message through the ‘a’ output.

Double-click on the component to bring up the Python editor: 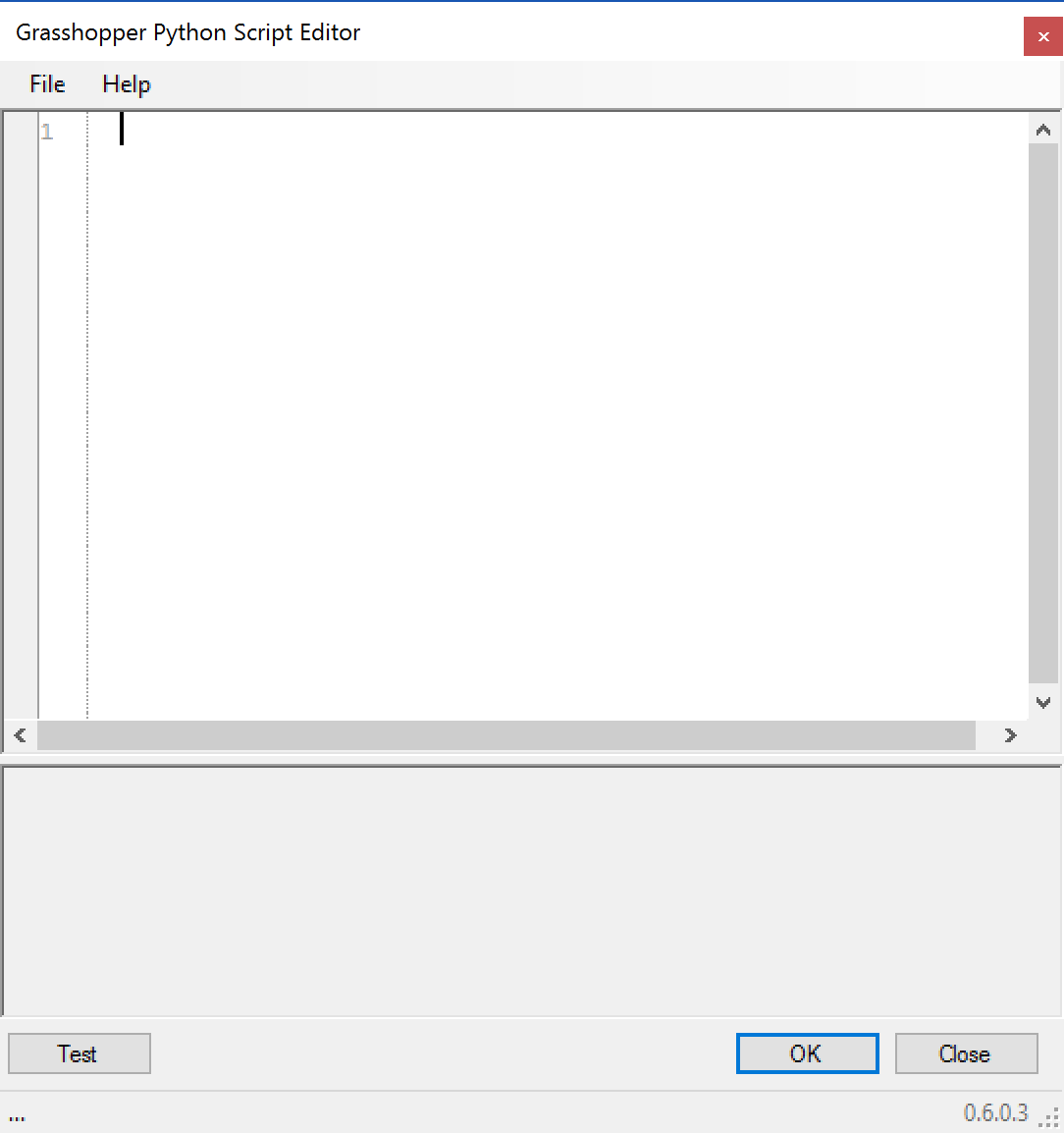 Type in the following Python code:

Click on the OK button of the editor to get back to the Grasshopper Canvas.

If you toggle the Boolean switch from true to false, the Panel should display Hello World!. 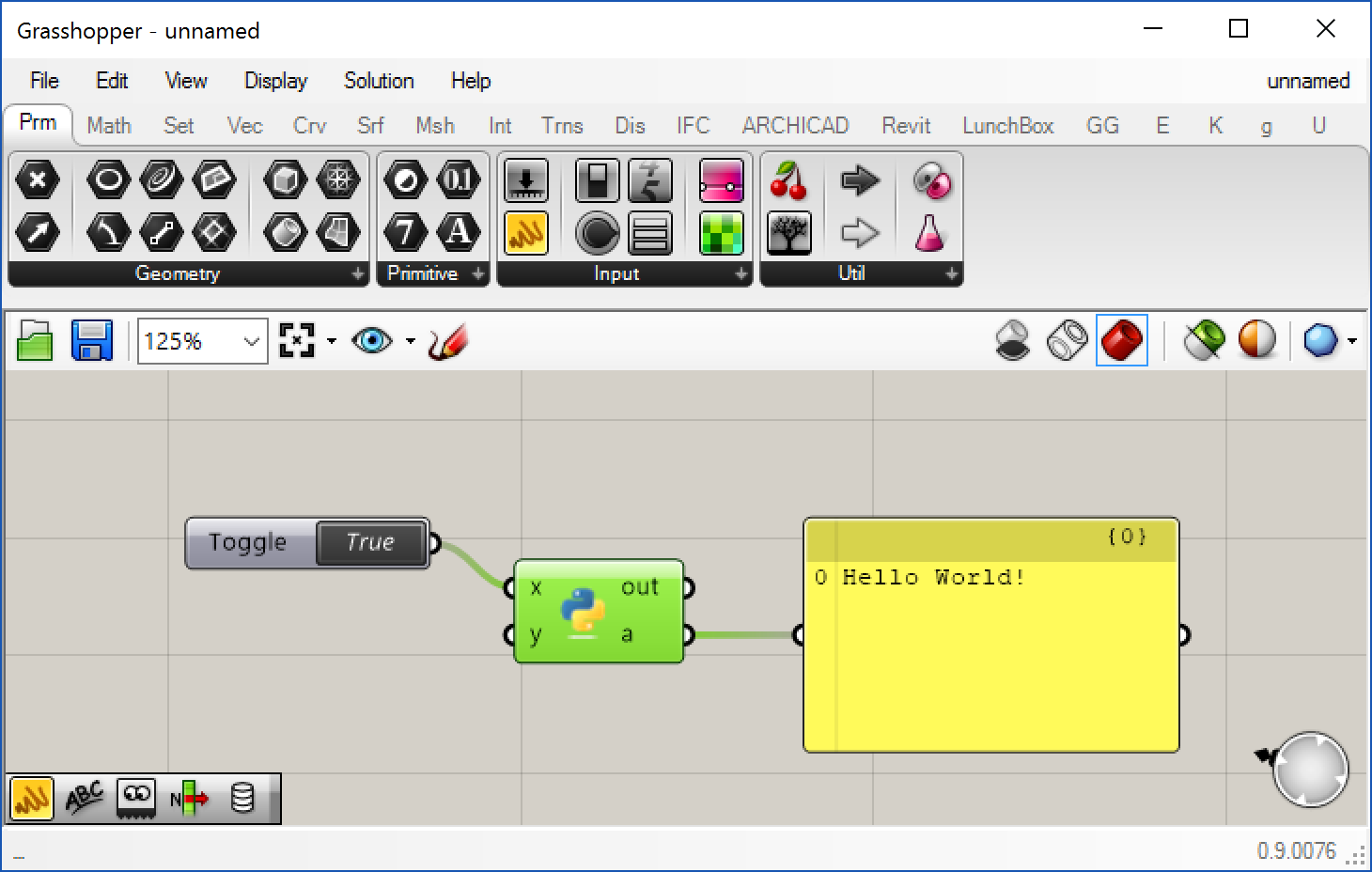 Congratulations! You have compete your first Python script in Grasshopper.

To change the script, double-click o the Python component. Add another line of code:

Now you can test that using the toggle.