What is the Package Manager?

This guide introduces the Rhino Package Manager (a.k.a. Yak).

The Rhino Package Manager assists in the discovery, installation, and management resources in the Rhino ecosystem (Grasshopper included!). Currently it supports Rhino and Grasshopper plug-ins, but the goal is to include things like scripts, materials, viewports, etc. in the future!

Note: The Rhino Package Manager was initially referred to by the codename "Yak". The name Yak is still used for the command line tool that creates and publishes packages.

The package manager has several goals.

Not wanting to reinvent the wheel, we’ve taken inspiration from Linux and the software development world. The package management system can be broken down into three main areas.

The package server is the heart of the system. Once created, packages are pushed to the server to share them with others. It keeps the packages organised for its clients – the command line tool and Rhino (via integrations).

Note: Currently the only available package server is our public server. Self-hosted/private servers are on the roadmap however for now all guides will assume you're using the public server.

Integrations provide direct access to the package ecosystem from inside of Rhino. Currently this has been done in two ways; “package restore” for Grasshopper and the package manager UI.

The Rhino Package Manager has been integrated into Grasshopper’s “Unrecognized Objects” dialog, providing package restore functionality. When opening a new file which contains components from a plug-in not installed on the machine, the user is given the option to check the package server for the missing plug-ins and install them directly.

The package manager UI is avilable via the _PackageManager command. It provides a NuGet-style interface that allows users to search for packages, install them and see if any updates are avilable to currently installed packages. 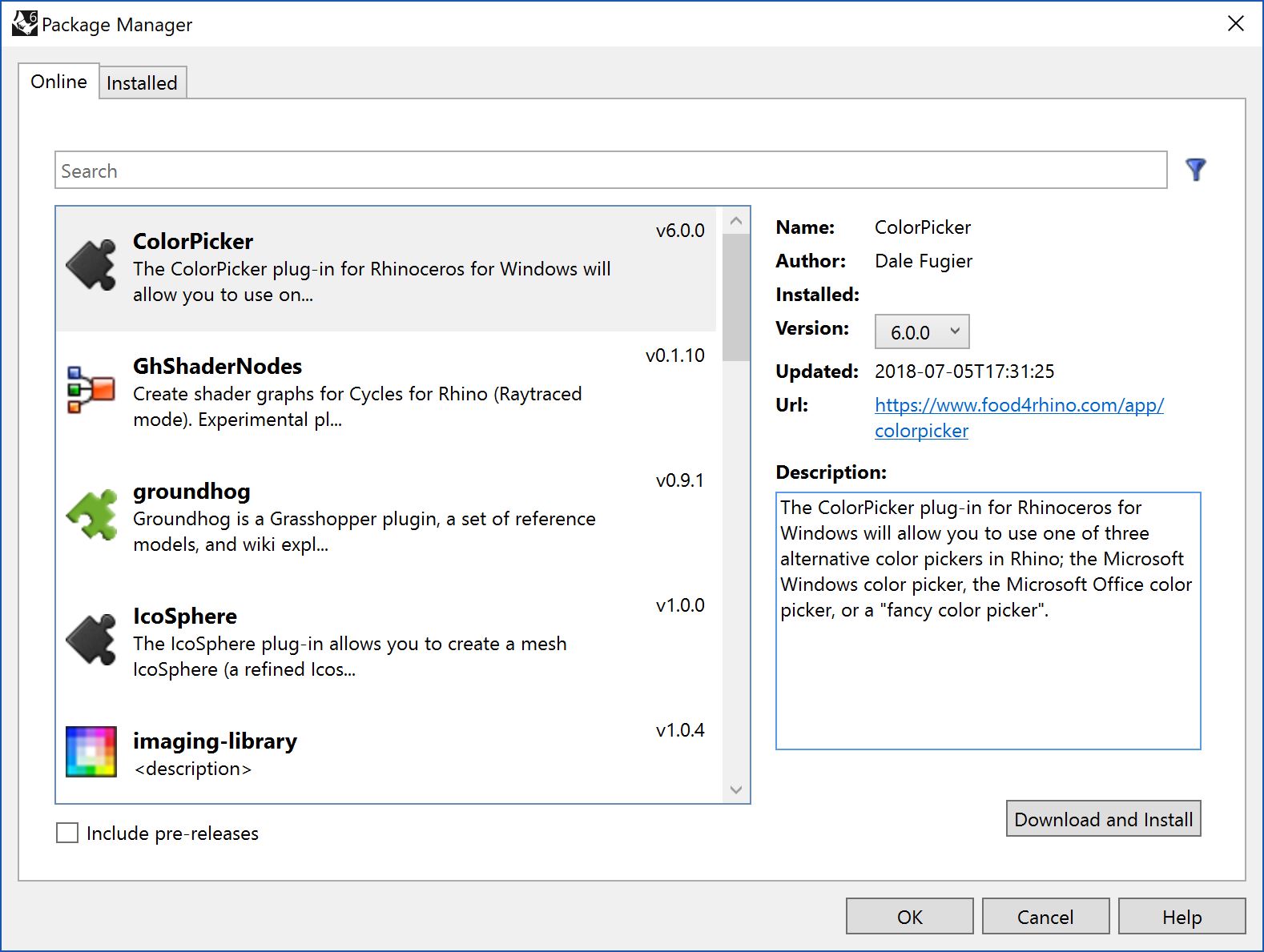 The command line tool provides a basic interface but with full functionality. It is modelled on well known domain-specific package managers such as Ruby’s gem and Python’s pip. It communicates with the server as well as hooking into Rhino Accounts for authentication.

Type <path_to_yak> help to get started.